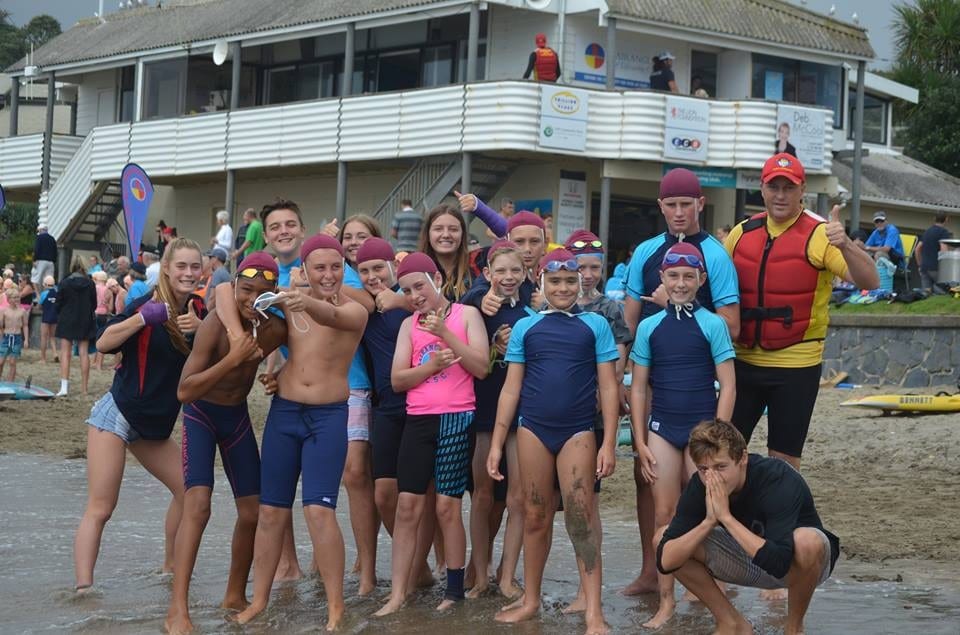 After weather forced Club Champs to be delayed, the event was finally held on the same weekend as Senior Nationals. Lots of thanks to all the coaches, managers and parents; the BBQ team lead by Tania and Tracey; water helpers and the water crew on the IRB’s; Richard Waddel for running the A Group arena; great photos from Rod; Julia for running the huge B and C Group arena; and a special thanks to Mike Brown for organising and setting up all the arenas and planning the day. It was a great way to finish our club days for the season.

Prizegiving was then held on 1 April with the following awarded the Ironman and Most Improved trophies in each age group, congratulations!

The Peer Cup for most respected by their peers was awarded to Anija Vodanovich whilst Astaria Te Aukura was awarded the Brett Cup for the highest level of achievement across the season.

The following were also recognised as long serving junior members (7 years in nippers):